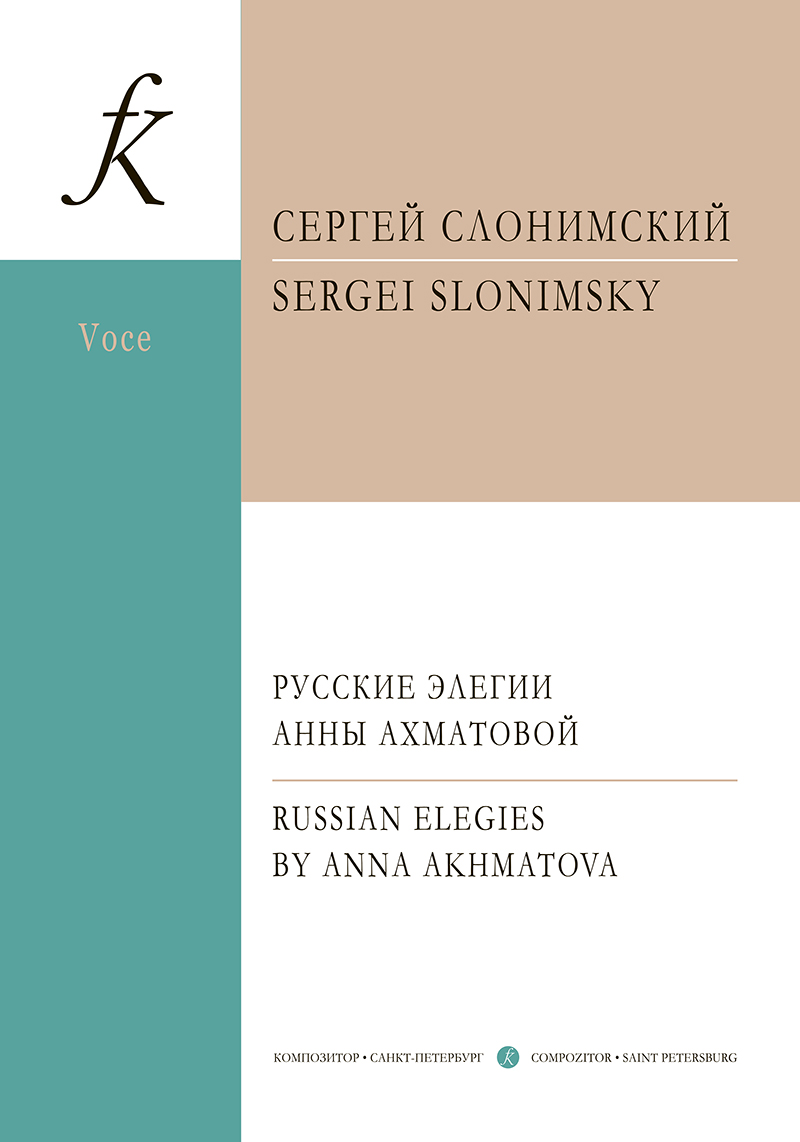 Sergei Mikhailovich Slonimsky (born in 1932) is one of the leading modern Russian composers.

His creation embraces actually all the genres. Remember the musical drama “Virineya” (1965–1967) after the novel by L. Seyfullina, chamber opera “Master and Margarite” (1970–1972) after M. Bulgakov, opera-ballad “Mary Stuart” (1978–1980) to Ya. Gordin’s libretto, dramma per musica “Hamlet” (1990–1991) after W. Shakespeare’s tragedy translated to Russian by B. Pasternak, chamber opera (monodic drama) “King Ixion” (1993–1995) after the ancient myth and the tragedy by I. Annensky, the Russian tragedy in 14 visions with three epilogues and overture “The Visions of Ioann Grozny” to Ya. Gordin’s libretto, dramma per musica “King Lear” (2000–2001) after the tragedy by W. Shakespeare translated by B. Pasternak, 34 symphonies, ballets, instrumental concertos, canta-tas, among which there is the “Voice From Choir” (1962–1963) to the verses by Alexander Blok, “One Day of the Life” (1998) to the texts from “Chapter of the Thousand” by Dhammapada translated by V. Toporov, Requiem for soloists, choir and symphony orchestra (2003), so as numerous choral, chamber-instrumental and vocal compositions. The spring of 2005 was marked by the ballet première of the “Magic Nut” after the tale by E. Th. A. Hoffmann to the libretto by the artist Mikhail Chemiakine, who staged it in the Mariinsky Theatre. It was in 2008, when Slonimsky’s oratorial opera “Antigone” after Sophokle’s tragedy was firstly staged by A. N. Sokurov at the St. Petersburg Academic Kapelle.

2016 was the year of the “King Lear” premières in Moscow (P. I. Tchaikovsky Concert Hall of the State Academic Philharmonic Society) conducted by V. Yurovsky, and in Petersburg (Hermitage Theatre) — conducted by A. Vasilyev.

Sergei Slonimsky is the People’s Artist of Russia, laureate of the Russian State Prize, knight of the orders “Merits before Motherland” and of the Commander Cross of the Order “Merits before the Polish Republic”. Slonimsky’s opuses are on roll all over the world.

1. I HEARD THE VOICE… (Music text example)
2. YOU ARE DOOMED, BUT NOT FOR LIFE
3. I’M NOT WITH THEM, WHO LEFT THE LAND
4. PRAYER
5. ON VISITING THE TOMB OF GREAT MIKHAIL ZOSHCHENKO