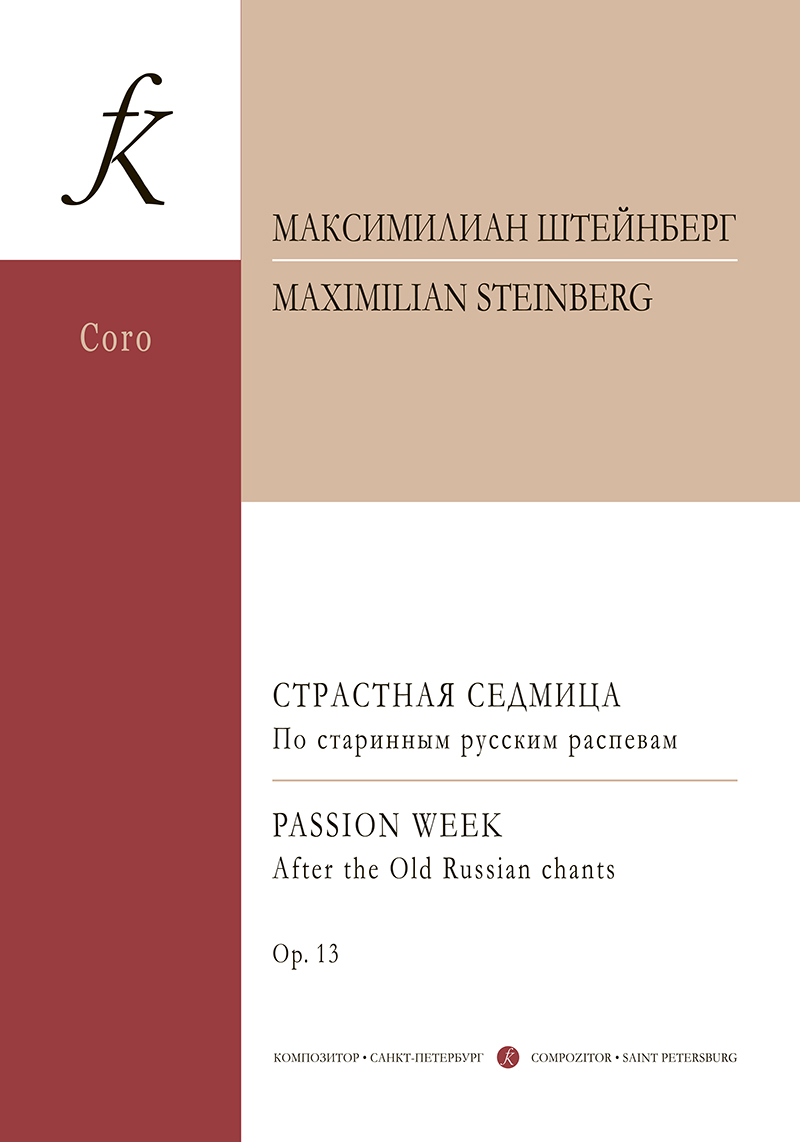 “Passion Week” op. 13 was being created by M. O. Steinberg from 1921 to 1926 despite the ban on sacred music in Soviet Russia, without any hope for its publication and performance. For a long time the score was considered lost, but years later the work was discovered by American conductor Igor Buketoff, a descendant of Russian emigrants. There explanation exists that in the U. S. “Passion Week” was brought to the U. S. by D. Shostakovich himself, a favorite Steinberg’s pupil, during one of his trips abroad. He also gave the score to Buketoff. After the death of the conductor, the manuscript was passed to publisher Barbara Mouk , daughter of Buketoff, who published this work in the United States.

The edition that you are holding in your hands is the first publication of “Passion Week” in Russia, which is published after the score kept in the library of the State Academic Cappella of St. Petersburg.