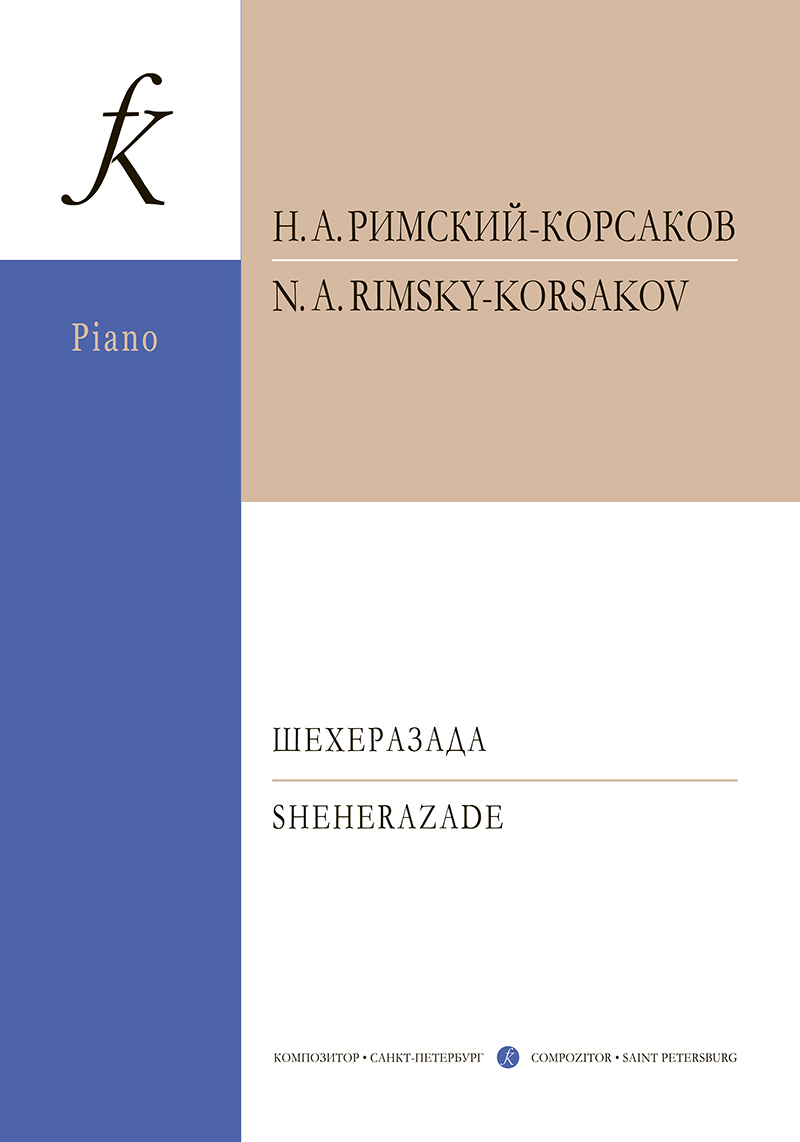 Suite «Shekherazade» was created on the base of the Arabian tales «1001 Nights», being one of the most significant symphonic compositions by N. A. Rimsky-Korsakov. Its appearance dates Summer 1888, when the composer stayed in Nezhgovitsy not far from Luga near the Cheremenetskoye Lake.

Rimsky-Korsakov used the programme, consisting of separate episodes and scenes: «the sea and Sindbad’s ship, fantastic story of Kalender-tsarevich, tsarevich and tsarevna, Bagdadian festival and the ship, wrecked on the rock with the bronze horseman» (N. A. Rimsky-Korsakov. «Chronicle of My Music Life». Chapter XX). However, the final version of the suite was published without the programmatic titles of the movements. The author gave only the suite’s title and its general programme (adduced lower).

The first performance took place on October 22, 1888. That was the concert of the Russian Musical Society, where the author represented his composition at the conductor’s desk.

The piano arrangement is fulfilled by the famous Belgian composer Paul Gilson. 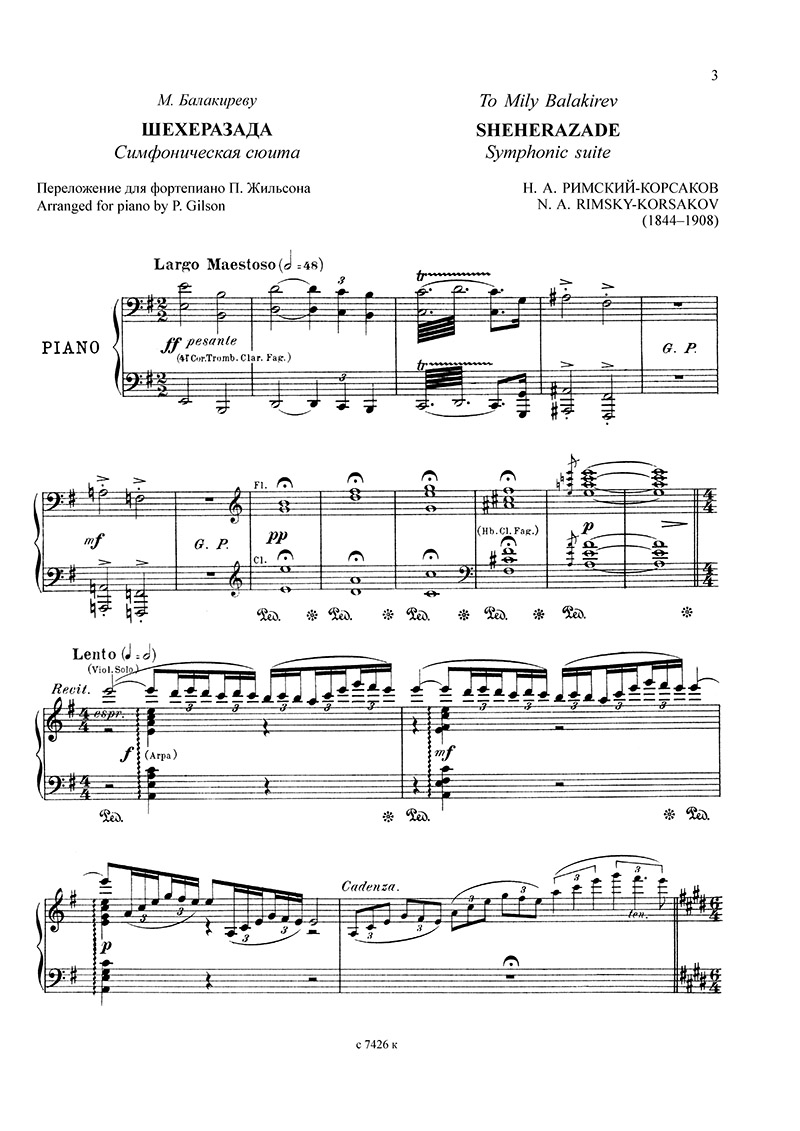 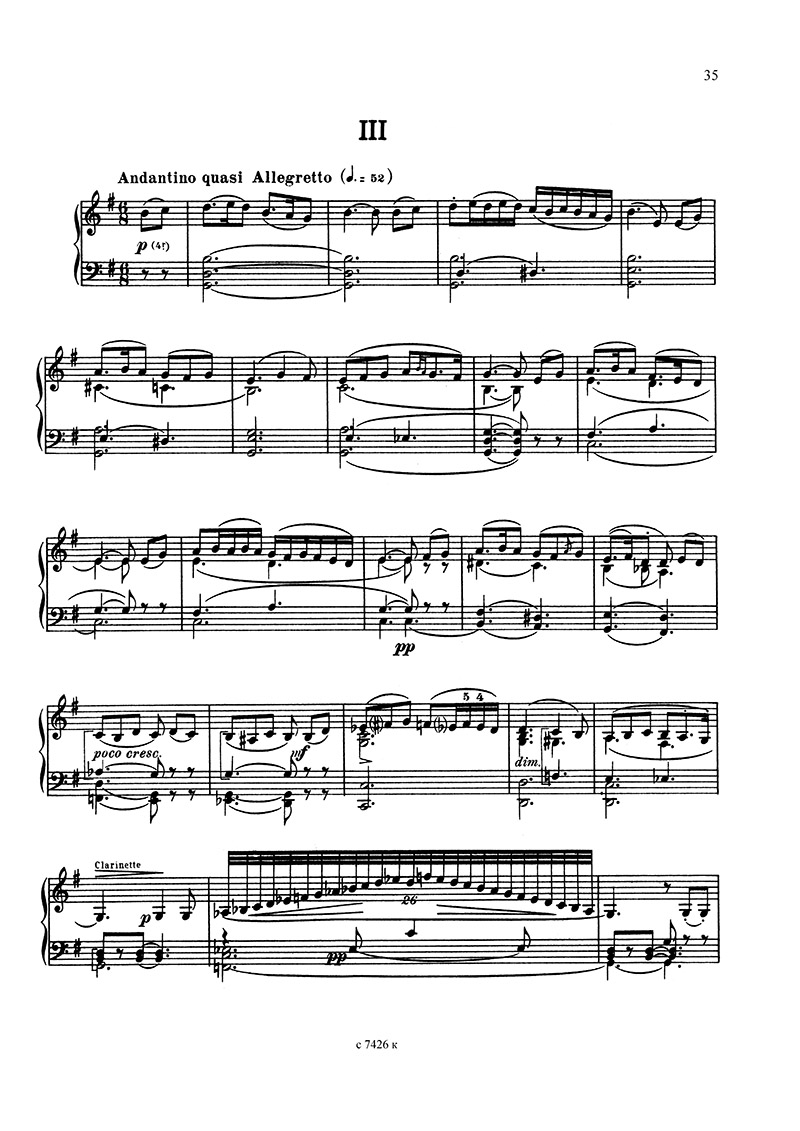