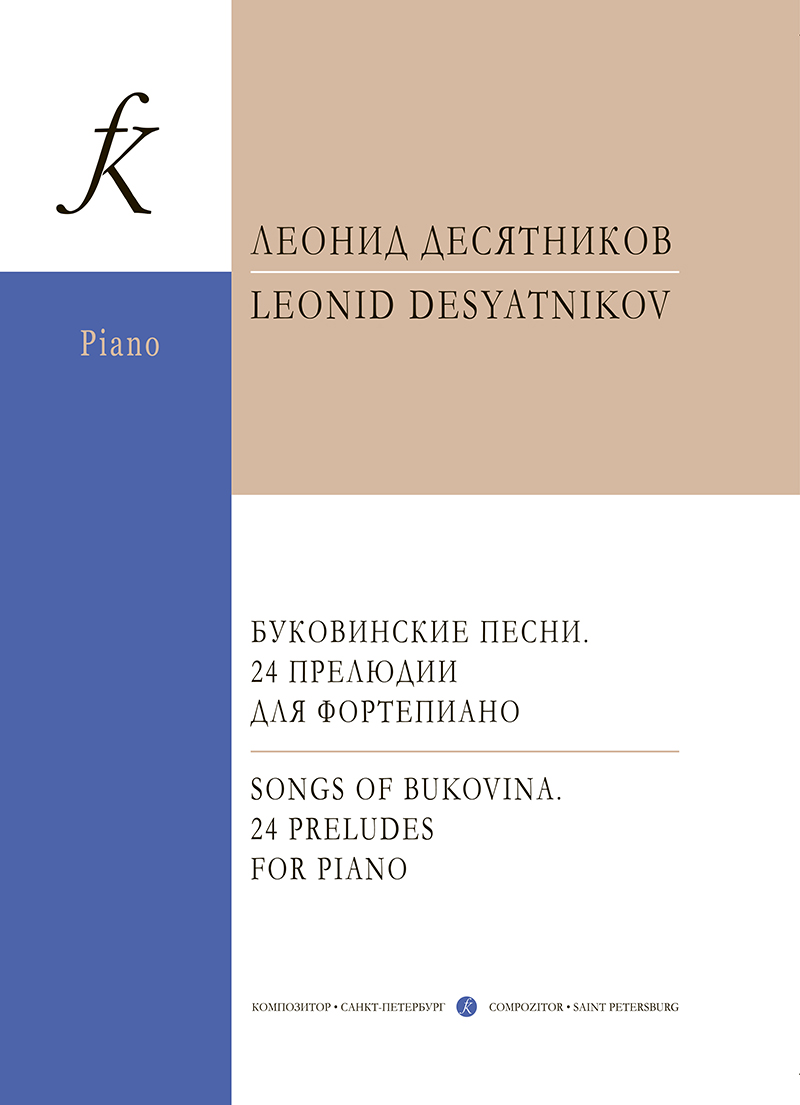 LEONID DESYATNIKOV was born in 1955 in Kharkiv, Ukraine. He is a graduate of the Leningrad Conservatory and a member of the Composers Union of St. Petersburg. Desyatnikov has written four operas, several cantatas and numerous vocal and instrumental compositions. His principal works include an opera The Children of Rosenthal (Vladimir Sorokin, libretto); ballets Lost Illusions and Opera; a chamber opera Poor Liza after Nikolay Karamzin; Gift, a cantata on poems by Gavriil Derzhavin; Liebe und Leben des Dichters, a vocal cycle on poems by Daniil Kharms and Nikolay Oleynikov; The Leaden Echo for voice(s) and instruments on the poem by Gerard Manley Hopkins and The Rite of Winter 1949, a symphony for choir, soloists and orchestra. He has also composed the music for such motion pictures as Sunset, Lost in Siberia, Moscow Nights, Hammer and Sickle, Giselle’s Mania, His Wife’s Diary, The Prisoner of the Mountains, Moscow, Target.

I. Steppe wind a-blowin’ (Music text example)
II. The bridesmaid started crying
III. Ian, where d’you come from? — Beyond the Danube
IV. Oh, Petrivochka, a night so short
V. The wind is blowing, the sun is warm
VI. A rocky mountain
VII. Oh, I’ll go to the garden
VIII. Oh, my sweet vast Canada
IX. Oh, the clock chimed midnight
X. A swallow has flown in
XI. A cuckoo cuckooed in the house on the corner
XII. If only mother had known (Music text example)
XIII. Green willow, green willow
XIV. Poplars grew from one field to another
XV. I sew six seeds of maize
XVI. Red arrowwood has blossomed white
XVII. Oh, whose wedding is this?
XVIII. Red arrowwood, green leaves
XIX. A pike in the sea
XX. They say I’ve lost my looks
XXI. Оh, dear sheep of mine
XXII. A lady had a husband, she loved some Peter though
XXIII. You, wretched singer, what are you looking for?
XXIV. A pipe made of maplewood