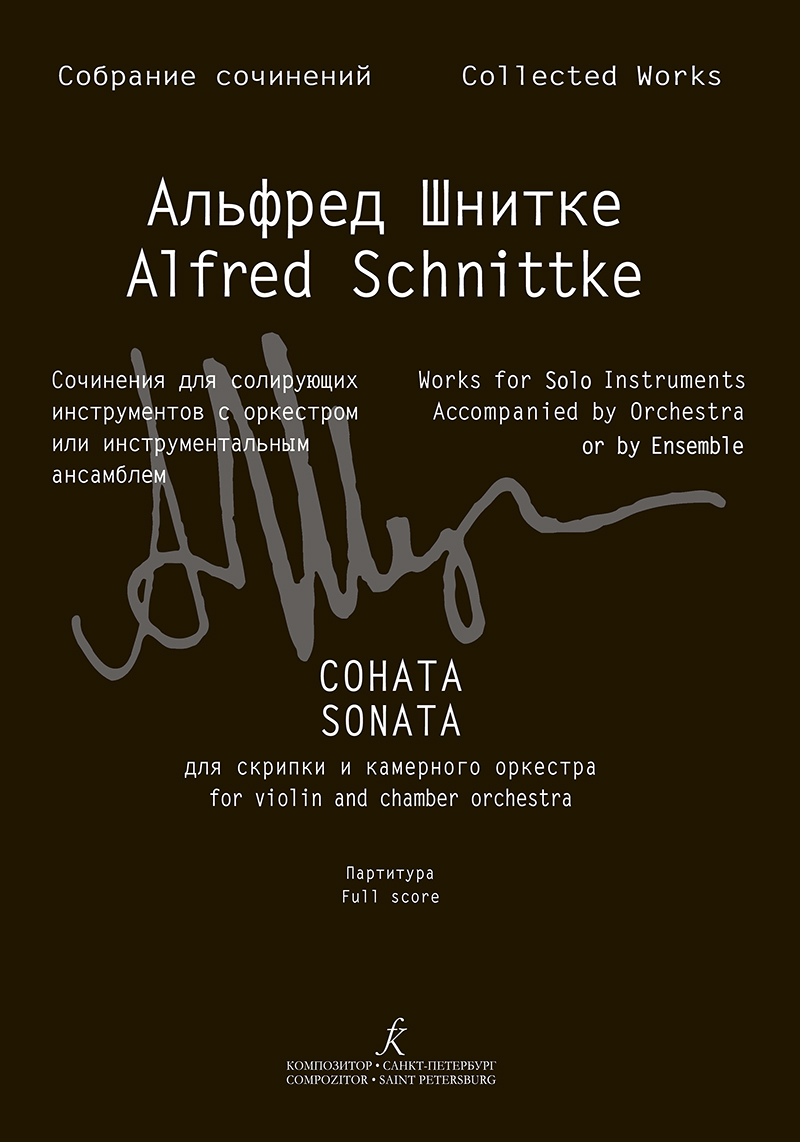 Alfred Schnittke’s Violin Sonata No. 1 was composed at the request of Mark Lubotsky in 1963. The premiere took place in the Concert Hall of the Gnessins Music Institute (now the Russian Academy of Music named after the Gnessins) on the 28th of April 1964, performed by Mark Lubotsky accompanied by the composer. In May 1969, forty collotype copies of the Sonata were printed by the Muzfond (Musical Fund of the USSR). Later that year, the Sonata was published by the Muzyka Publishing House in Moscow and in 1972 by Edition Peters in Leipzig.

SONATA FOR VIOLIN AND CHAMBER ORCHESTRA

Title (full)
Collected Works. Series III. Works for solo instruments with orchestra or ensemble. Volume 9. Sonata for violin and chamber orchestra (author’s transcription of the Sonata No 1 for violin and piano). Orchestral score